After the breathtaking shows in cinema of twilight, are all set then to wait for the upcoming flick,  New Moon. It is the second movie based on the novel of Stephenie Meyer’s twilight series.

But there are lots of speculations and controversies that had happened like the firing of its director, Catherine Hardwicke, and the almost-replacement of the   cast for Jacob Black’s character.

As the new movie is soon to be film(maybe this March), new cast are being hired and there are rumors that Vanessa Hudgen and Dakota Fanning will be joining them.

Vanessa Hudgen is said to be playing the role of the Indian Girl, Leah Clearwater, and Dakota will play the Volturi vimpire, Jane. But all are not yet clear whether these things are true or not.

All we need to do is to sit back and wait for the time that the new movie will air on the cinemas.

I am so happy that I  was able to finish reading the second book of the twilight series, new moon by Stephenie Meyer. The second book adds more excitement on the love story of Bella Swan and Edward Cullen. Though some things had happened that resulted from their “not- so-good- break-up” but still the story knocks me out of my senses.

The story started when a-not-so-happy Bella cerebrated her 18th birthday and she was quite annoyed on the fact that Edward will always remain 17 while she will surely grow old. But Edward made it clear that he will always love her even if she will look like her grandmother in the future. Alice, Edward’s vampire sister, planned a party that turned to be a chaotic one when the clumsiness of Bella Swan took place causing her to spill her blood. Jasper, Edward’s brother, could not take the scent of the blood and tried to attacked Bella.

Though Edward was able to stopped  Jasper, he thought that he caused Bella a lot of troubles and his family moved out of Forks, leaving Bella almost dying out of pain. She was so depressed and during those times, she befriended Jacob Black, who turned out to be a werewolf and the mortal enemies of the vampires. She began to develop closeness to Jacob and later on, Jacob become his protector against Victoria, James’ mate.

But Bella become wild that she was trying different dangerous stuffs like riding motorcycles, meadow-hiking and the worst of all, cliff diving. Since Alice has the power to see the future, she saw on her visions that Bella tried to commit suicide, she then confided it Rosalie before going to Forks to see if Bella is really dead.

Though Alice had confirmed to herself  that Bella only jumped on the cliff for some recreational purpose and that she is alive but unfortunately, Rosalie had told Edward about it and when Edward called the Swan’s residence, Jacob answered him that Charlie was on the funeral which is Harry Clearwater’s funeral  and he thought that it was Bella’s funeral.

He planned not to outlive Bella and decided to go to Volturi to asked for his death but Bella and Alice were fast enough to stop him and the two lovers were reunited and were back in each others’ arm. And Bella was somewhat able to overcome Rosalie’s aversion on her.

The story ended on the confrontations of Edward, Bella and Jacob. The plot was not that good for it causes more trouble on Bella’s part. But the great part about it is the fact that Edward will never leave her no matter what may happen but he is firm that he will not turn Bella into a vampire but he is not aware of the things that may happen in the future.

And I’m just happy about the story and I am very eager to read the third book, Ecclipse. Hoping for more…new excitements and adventures. And I wish the second movie will be out too soon…

I really can’t get enough of Robert Pattinson’s character , Edward Cullen, in the novel-inspired movie “twilight” by stephenie meyer. He is the perfect gentleman and the perfect knight or a vampire(you can have it in any either way) in a shining armor. He is so gorgeous and handsome. I love his character that I can’t sleep thinking about him and the upcoming movie that will add more excitement to the readers and fans of the books.

I love the way he kiss and the way he love Bella( Kristen stewart). Meyer’s has a lot of talent in making the book and the story so great. I wish i could meet Edward(Robert Pattinson) in the near future, for he is the perfect Vampire in my dreams.

I am now very addicted to twilight, It’s like reading Harry Potter’s book with a new  unique approach to the readers. The story will not just mesmerize you but will make someone can’t get enough of it until finishing the whole series. And every girl will never ever regret reading it and no one can escape and avoid  loving Edward Cullen… 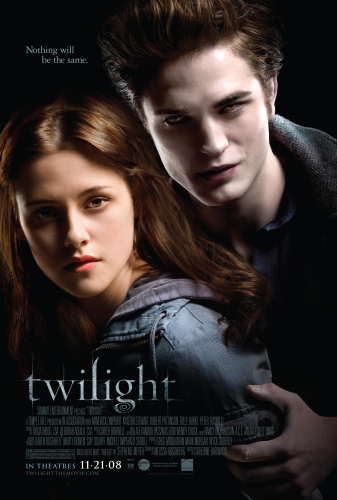 I am very excited about the movie “twilight.” I can’t wait to see Rob Pattinson in his character as Edward Cullen, a very hot vampire. I hope that here in the Philippines it will be released on the theaters on November 21,2008., though I am not actually sure about the exact date but hopefully, it will be soon.

The film is based on the book of stephenie meyer’ s twilight series, staring Kristen Stewart playing Bella Swan, who falls in love with a vampire, our very own hot hunkie-Robert Pattinson. The movie is directed by Catherine Hardwicke.

And here are the cast of the movie:

(FROM THE official site of Stephenie Meyer)

There will be choices, consequences, defeats and triumphs but live life the way you wanted it to be. It is yours to live, to keep and to love.